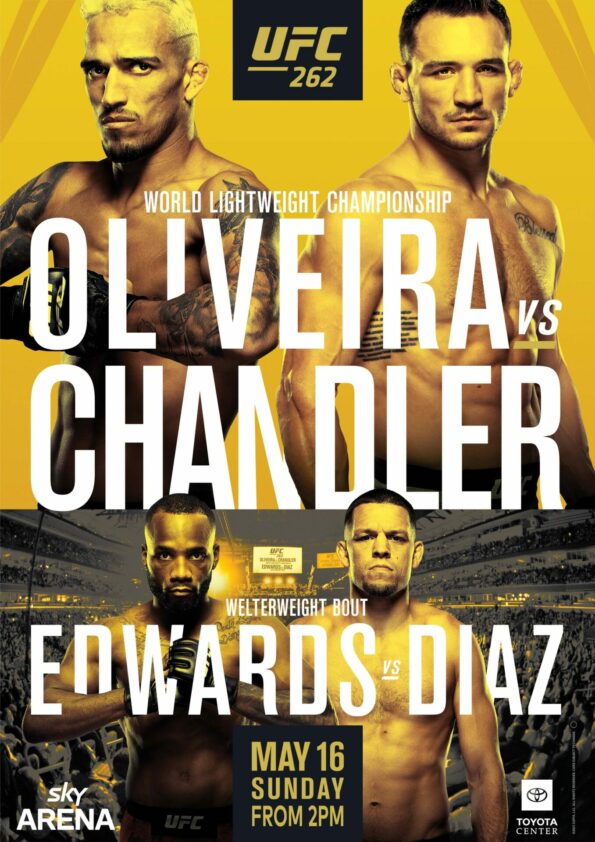 Headlining this pay-per-view is Charles Oliveira taking on Michael Chandler with the vacant lightweight title on the line.

UFC 262 is taking place at the Toyota Center in Houston, Texas, on May 15. Looking at UFC 262 odds for the main event, it is Oliveira who is the betting favorite over Chandler.

Oliveira has caught fire since his knockout loss to Paul Felder in December 2017. Since then, he is a perfect 8-0 with seven stoppages, leading him to this title fight in his 28th UFC bout.

While it has been a long run in the promotion for Oliveira, this marks just the second walk to the Octagon for Chandler. The former Bellator lightweight champion made his debut in January by making short work of Dan Hooker, launching him immediately into a championship bout.